Despite spending the past two months getting a track and timing system ordered, assembled and tested for the pack we still had time to build a fleet of new cars.

From left to right...
~The sons "Black Tipped Reef Shark". COM of .75"
~My retro blue wedge "Spirit of 67".
~"Pink Panther" a development test car just for comparison testing with my daughters car. COM of .63"
~"Purple Power". my daughters car for the sib race. Brush painted with acrylics. COM of .63"

More detail on the blue wedge.... I built one like this when I was racing but knew nothing of COM, so it was near the center I wanted to prove a thin wedge could be made with a COM of about .63" without tungsten. It is lead only, I had to add a lead bulge to the bottom under the axle to make it happen. This body without lead weighed about 11 grams.

All cars were cleared with Future. The shark and purple car were cleared heavily by my kids, more than I have ever put on. Both have developed a barely detectable pattern of minute cracks in the paint. A new problem to me.

Wow... I really like those car designs, and LOVE the painting, striping, and gloss coat.

I'm pretty surprised you got your blue wedge car (great design) to 11 grams with what appears to be a lot of wood still left on the car. Is that Pine??

Could the paint cracking be due to the application of additional coats of paint before the previous coat had sufficiently dried? What type of paint did you use? How long between coats?

"Laugh a while you can Monkey Boy."

I agree with Scrollsawer...fine looking cars. Love the finish. I think a fine crackle of the paint might add to the shark skin pattern of your black tip

How did you get the lead cut so precisely?

Nice lineup of cars! That blacktip is pretty darn cool!

Thanks guys. The kids really enjoyed their builds this year. It is fun to watch them do more and more of the build.
The paint was allowed to dry for two weeks before clear coat, so I do not think that was the issue. I think I just let them go way too heavy on the clear. It looks great though.
The shark is Krylon primer, Krylon gloss gray, then future via airbrush. I was not a fan of a 'non car' design, but let him run with it. I have to say it turned out cool. With the wheels on it really looks neat.

The wedges are all acrylics (water based) with future over top. My daughter brushed the first coats of purple, than wanted to use the airbrush. I masked for the pink stripes to her design and she airbrushed that on. She also airbrushed on the clear.

The blue wedge is all airbrushed acrylic over Krylon primer with a Future clear. The white basecoat is a pearl with a blue pearl over top after masking the stripes. The wood for the thin blue wedge is a pine Revell block. I purchased it at Lowe's simply because the grain was so tight and uniform, and I knew when I picked it up that the density was on the low end.

The little pieces of lead are from a friend that bough out a printing company many years ago, and had a bunch of lead letterpress spacers. I took some for model airplane ballast, but it has found use in Derby cars as well:)

Cars are packed in ziploc bags inside their boxes ready for check in Friday night. As much as I enjoy the builds, with the track build this year and all the fretting over running the races, I am looking forward to a break after Saturday!

What a nice job with the paint kids!


That's it after seen the airbrush I've got to get me one!
Picked up book on airbrushes studying up on them.
Never used one but looks like it would be fun to paint with.


Sent from my iPhone using Tapatalk

Man, I'm torn between trying the Future this year or sticking with bc/cc...

I wish I was the man that my dog thinks I am.

race#67 wrote: The shark and purple car were cleared heavily by my kids, more than I have ever put on. Both have developed a barely detectable pattern of minute cracks in the paint. A new problem to me.

(I still think that your kids did a very nice job with painting there cars and that I need to look into getting an air brush.)


A few different factors can cause the paint to wrinkle or crack when applying another coat of paint.
The most common is applying the paint too thickly - which makes the surface of the paint dry to fast and not the under side.
When you re-coat the solvents in the paint shrink and this causes the wrinkling or cracking.
Another reason it may happen is because there is a wax or reside on the item that is incompatible with the paint.

Krylon has change there formula up to see the re-coat times look on the back of the can for them.
I use to use the old krylon crystal clear it could be re coated with in one hour or 48 hours.


Scrollsawer pointed out some good tips to look at as well.

That is one of the best "shark" derby cars I've seen. Thanks for sharing!

Thanks for all the kind words and all the tips. Wheel bore prep this year gained us more speed, and the kids learned to measure Q-tips with calipers,
I always make the kids come by to personally check in the cars the night before even though I was there for three hours doing set up. My favorite part this year was when the inspector told my son "sorry it says 7 ounces". My son said "What, it has to weight five, there is no way we could fit two extra ounces in!" 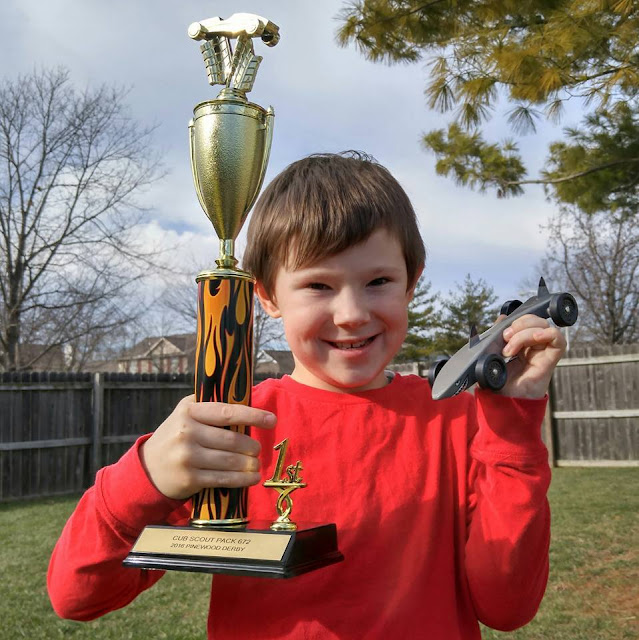 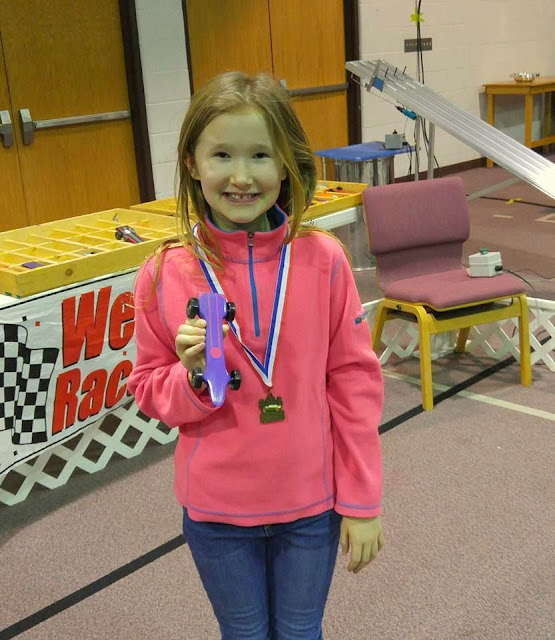 I never get tired of seeing the happy faces of the children in win pics.

I wish I was the man that my dog thinks I am.

Congratulations on the results! That's awesome the cars ran so close to each other too! .0007

Congratulations and job well done on the cars !

Users browsing this forum: No registered users and 8 guests